Tales of the New World
Men and women—eccentrics, scientists, criminals, scholars, and artists—are lured by the unknown and driven to pursue it.
Forgery
Rupert Brigg questions the authenticity of everything, even himself.
A Carnivore's Inquiry
Katherine shea has strange appetites, a love of art, and a string of unlucky boyfriends.
The Caprices
PEN/Faulkner Award winning collection of short stories
Slow Burn
The dark underbelly of Manila society in the decadent eighties.

But I will rewrite the end of this story, because we already know that version. Let us say that Nezahualpilli is actually a capable soothsayer, that he sees the dwarves sitting anxiously (or drowsing unaware) about the throne of Motecuhzoma and he says, "slaughter them all and make a stew." And by eating this stew, Motecuhzoma is, in fact, transformed into a god. And that when Quetzalcoatl does appear, that somehow Motecuhzoma, ruler of Tenochtitlan, now newly incarnated as a god, rather than showing up with tasty food and a treasury worth of gold, instead makes no such mistake of hospitality.

Let us arm him with the sun in a small pill. Something he can throw down at the foot of the conqueror, and then let it bloom in all its power at the feet of these two men, annihilating them, spilling its brilliance into the city, burning up the slopes of Popocateptl and Iztaccihuatl and to the limits the ocean, then into the ocean where all the fish begin to fall, as if enchanted, to the bottom of the water, where they lie upon the sand until the sand itself is consumed by this brilliant power, until the very histories stretching forward and backward, all that mankind was and hoped to be, are eradicated, snuffed, burned quickly until the only scent is that of the scorched numbers, 2010 and 1968, 33 A.D. and all those B.C.'s and that everything is burned until. Until.
And now all is white and we can start all over again.

From "Last Days," TALES OF THE NEW WORLD 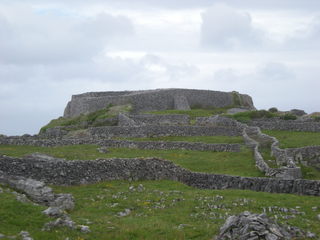 Sabina Murray was born in 1968 in Lancaster, Pennsylvania. She is of mixed parentage—her mother a Filipina from Manila, her father a former Jesuit scholastic turned anthropologist from Boston. Her parents met in Washington DC, where both were pursuing graduate degrees. At the age of two she moved to Perth with her family, when her father accepted a position at the University of Western Australia. In 1980 the family moved again, this time to Manila, to be closer to her mother’s family. Although Sabina Murray is an American citizen, she did not live again in the United States until she attended college. She feels that she moves easily through the various cultures that have forged her own identity: Australian, Filipino, and American. She now lives in Amherst, Massachusetts, where she teaches in the Creative Writing Program at the University of Massachusetts.

In 1989, Murray’s novel, Slow Burn, set in the decadent Manila of the mid-eighties, was accepted for publication, when Murray was twenty years old. Later, she attended the University of Texas at Austin where she started work on The Caprices, a short story collection that explores the Pacific Campaign of WWII. In 1999, Murray left Texas for Cambridge, Massachusetts, where she had a Radcliffe Fellowship at Harvard. In January, 2002, Murray published The Caprices, which won the PEN Faulkner Award.

Murray’s next novel, A Carnivore’s Inquiry, follows Katherine Shea, a woman of strange appetites, as she moves from man to man ruminating on the nature of cannibalism in western history, literature and art. The book is a dark comedy that is concerned with power and hunger. Forgery, another novel, looks at authenticity by following Rupert Brigg, who is exploring art and escaping grief in Greece in the early sixties. Both novels were Chicago Tribune Best Books.

Tales of The New World, a collection of short stories with an interest in explorers, was released by Grove/Black Cat in 2011. Valiant Gentlemen, published in 2016, looks at the friendship between the Irish revolutionary Roger Casement, the artist Herbert Ward, and Ward's wife, Sarita Sanford Ward, an Argentinean-American heiress. The book kind of functions as a 500 page meditation on colonialism, but is often noted for its humor. Valiant Gentlemen was a New York Times Notable Book and Washington Post Notable Book.

The Human Zoo, set in the Philippines under Duterte's presidency, is to be published August 2021. Vanishing Point, a collection of stories with gothic themes, has also been accepted for publication.

Murray is also a screenwriter and wrote the script for the film Beautiful Country, released in 2005. Beautiful Country follows the story of Binh, a young Amerasian man who comes to the U.S. from Vietnam in search of the father he never knew. Terrence Malick commissioned Murray to write the screenplay.

Murray has been a Michener Fellow at UT Austin, a Bunting fellow at Radcliffe, a Guggenheim Fellow, and has received the PEN/Faulkner Award, a Massachusetts Cultural Council Grant,a National Endowment for the Arts Fellowship, a UMass Research and Creativity Award and Samuel Conti Fellowship, and a Fred Brown Award for The Novel from the University of Pittsburgh. Beautiful Country was nominated for a Golden Bear and the screenplay was nominated for an Amanda Award (the Norwegian Oscars!) and an Independent Spirit Award.  She will be a Visiting Fellow at Magdalen College at the University of Oxford in Spring (Hillary Term) 2022.