Tales of the New World
Men and women—eccentrics, scientists, criminals, scholars, and artists—are lured by the unknown and driven to pursue it.
Forgery
Rupert Brigg questions the authenticity of everything, even himself.
A Carnivore's Inquiry
Katherine shea has strange appetites, a love of art, and a string of unlucky boyfriends.
The Caprices
PEN/Faulkner Award winning collection of short stories
Slow Burn
The dark underbelly of Manila society in the decadent eighties.

"So," said Paddack, a forkful of pork by his mouth, "I hear your ship was stove in by a whale."
"That is true," said Pollard.
"Remarkable," said Paddack. "Must have been a big whale."
"A monster," whispered Pollard. "Rammed our ship. He came back and made sure that we sank, and most of us still in the herd hunting among the cows. The sea was red and bubbling with blood. Owen Chase, my first mate, was still aboard repairing one of the whaleboats. He saw the monster—a bull ten leagues in length— but was scared to harpoon it, scared it would shatter the rudder in its anger." Captain Pollard raised his two wiry arms, which cast a long shadow on the wall behind Paddack's head. He inhaled a raspy breath and let his arms sink folded into his lap. "Then it dove. The Essex sank quickly."

"My poor man," added Coffin. "And what a miracle of good navigation and a merciful God have delivered you."

"Hang on," said Paddack, "why didn't you head for the Tahitian Islands? They're a good deal closer than Chile."

"We'd heard," whispered Pollard, "that there are cannibals there. We feared…"
And then Pollard, mid-sentence, fell asleep.

"He'll come to in a minute," said Coffin. "He's been doing this all day, just a part of recovery."

"Be worth something, a whale that big."

"A ship-sinking monster," said Coffin, "does not interest me. I've enough to fear without that leviathan stalking the seas." Coffin stuffed his pipe, as did Paddack and the cabin filled with smoke. Soon, Pollard, overcome by coughing, woke up.

"Captain Pollard," said Coffin, his pipe in his teeth, "can I offer you my extra pipe?"
"I've all I need," said Pollard.
Captain Paddack raised his eyebrows over Pollard's head, but Coffin politely ignored him. Pollard was digging around in the pocket of his pants. He came up with a short, wide portion of bone that he raised to his mouth, as if it were a cheroot, and began to suck on it.
"What, my good man," asked Captain Paddack, "is that?"
"This," said Captain Pollard, "is Barzillai Ray."

From "Monsters" TALES OF THE NEW WORLD

TALES OF THE NEW WORLD 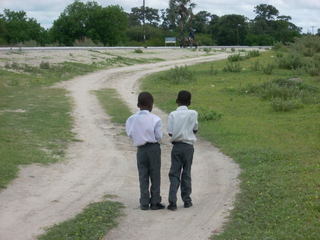 I talk to Margaret Lee about the joys of editing

Sabina in conversation with Jane Ciabattari about The Human Zoo